Lovin' Spoonful: Do You Believe In Magic Touching Science on Your Plate? 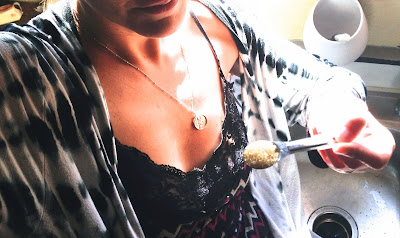 A lot of people can't stomach the word "magic"--especially not anywhere on the plate touching the word "science."

I don't have any trouble palating both; I believe there is only one good word--and it's love--it only gets parsleyed and parsed different ways on the plate.

I'm not a picky eater, but I am persnickety with my words, and as an English teacher, a mom, a wife, and most of all as a human being, I try to take care to incorporate them carefully into my communications. Because our most cherished recipes are nothing more than highly personalized forms of communication.
Recipes that are desperately seeking to incorporate and ultimately plate this one ingredient: love.

Even though, as child of the 70's, my experience with this song is directly related The Shaun Cassidy version, "Do You Believe in Magic?" was written by John Sebastian & released by The Lovin' Spoonful in 1965, and it's been adored and fought over since its genesis.
Just like love.
Magic? Can that be real? TOO hokey.

I suggest you play this video immediately.

There is an eerie cast of Big Bang Theory thing going on here (you'll immediately recognize Howard Wolowitz, on the left).
Magic's old, and so is this archetype: the scientist with the evolving understanding of his less-than-secret heart of liquid gold.

My goal isn't to convince you that magic is real. It's only to convince you to listen again with fresh ears and have a look at the lyrics (which follow), which are relevant as ever today, because this song is gold.
That's the alchemy of music. I don't have to convince you, I only have to press play--and if the music is groovy, you'll feel it. It'll make you happy in your body, a somatic belief that no one can convince you of, give you scientific proof for--or take away from you.
And ultimately, yes, that may free your soul. 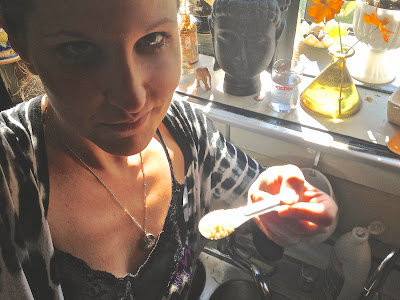 You want to believe. I can feel it.
Ah so.

It's the same uncomfortable, save Tinkerbell-beseeching moment in Peter Pan or in a meditation hall, when people are inclined to open their eyes and start looking around to see if anyone else believes, too, before they jump (or stay sitting).
And it's okay.

I had no intention of writing this post this morning. But I stumbled across this song when I was working on something else--and I will tell you it spun me from a state of disbelief in myself (and my own goodness) I've had going for the past 24 hours into a state of belief again.

I needed to see:

"How the magic's in the music and the music's in me."

So, yes. I believe in magic, and the power of a spoonful of sugar to make the goodness stay down.

PS: The label "Do You Believe in Magic?" was recorded on (or within) was Kama Sutra records.

"Do You Believe in Magic" (John Sebastian)

Do you believe in magic in a young girl's heart
How the music can free her, whenever it starts
And it's magic, if the music is groovy
It makes you feel happy like an old-time movie
I'll tell you about the magic, and it'll free your soul
But it's like trying to tell a stranger 'bout rock and roll

If you believe in magic don't bother to choose
If it's jug band music or rhythm and blues
Just go and listen it'll start with a smile
It won't wipe off your face no matter how hard you try
Your feet start tapping and you can't seem to find
How you got there, so just blow your mind

If you believe in magic, come along with me
We'll dance until morning 'til there's just you and me
And maybe, if the music is right
I'll meet you tomorrow, sort of late at night
And we'll go dancing, baby, then you'll see
How the magic's in the music and the music's in me